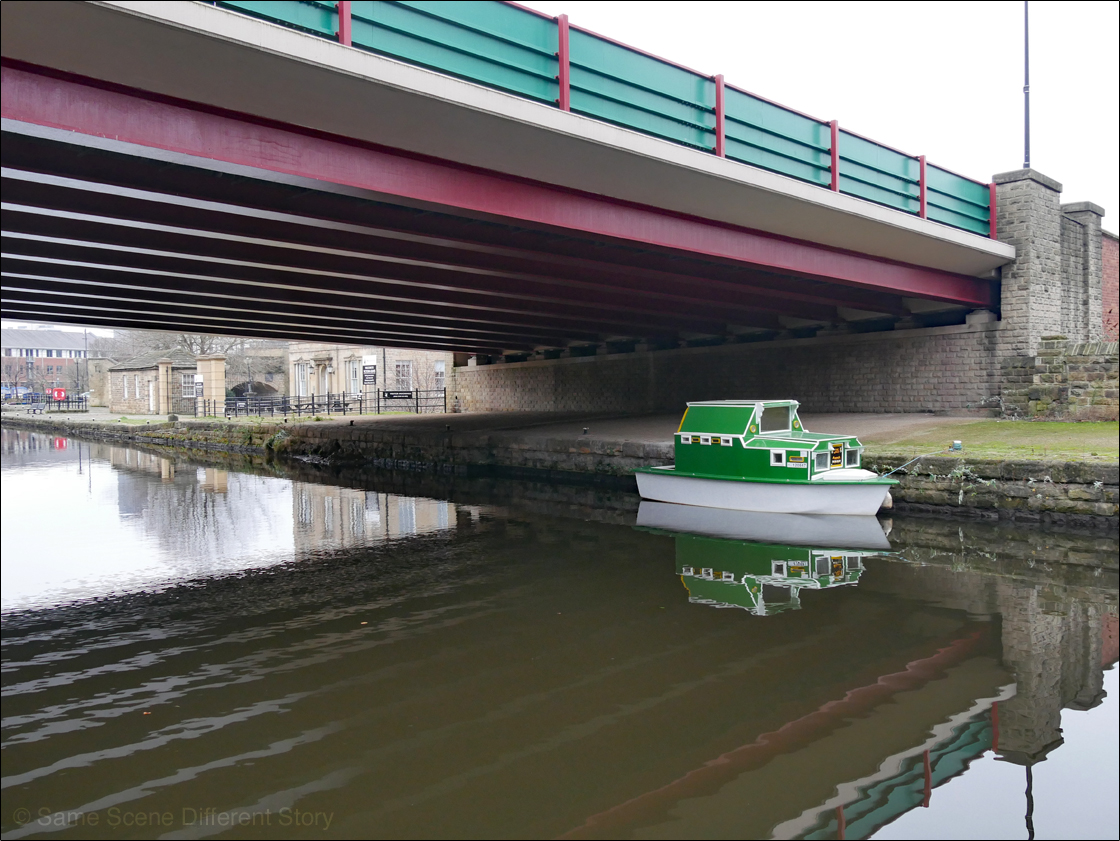 Through her childhood grandad Jim was just about as clever as any grown up could be. Everyone in his street brought things for him to fix up and repair. Bicycles, motorbikes, kettles, vacuum cleaners and lawnmowers. He could turn his hand to anything. Often he would show his neighbours what was wrong so they could learn themselves how to mend whatever was broken. Looking back Yvonne could see that in an age before Youtube and the internet her grandad was not only clever but also highly skilled. Even when not fixing things he was forever generous with his time.

The times Yvonne enjoyed most with him were when it was just the two of them down on his allotment. She loved playing in his big shed where the wheel of the upturned wheelbarrow would become the steering wheel to her ship. Grandad Jim had spent 12 years in the Royal Navy and taught her on how navigate and to sail just like it in real life. He used proper sailing terms and she always addressed him as Captain.

A weathered old scarecrow near the cabbages had been the inspiration for Yvonne to re-name the shed HMS Scarecrow. At weekends grandad would tend to his vegetables and Yvonne would help. When it was time for a tea break Yvonne and her Captain would set sail on HMS Scarecrow. Together they had adventures in treacherous stormy seas and faced pirates at the equator. On one particular adventure they got trapped by the antarctic ice and survived on a diet of nothing but peas.

Yvonne had always imagined that when she grew up she would set sail with her grandfather in a real boat. On the day he died Yvonne made a promise to him that she would take care of everything and endeavour to be as clever and kind as he was. In sorting out his affairs she dismantled HMS Scarecrow and stored it in her garage. Her original idea was that she would re-assemble it at the foot of her garden memory of grandad. However, on the night she had dismantled the old shed she had a dream. In it the shed became a proper river boat painted bright green. The colour was the same green as the shed door she remembered painting when she was only nine years old.

Along with his can-do spirit, Yvonne had inherited her grandads vast collection of well loved tools. The dream was her cue to put them to good use. She affirmed her commitment to this exciting new project by announcing to herself, ‘Yes, of course I can build a boat…’

Her workmates couldn’t fathom why she wanted to turn an old shed into a river boat and Yvonne saw no reason to explain. Even a few of her friends thought she had gone a bit mad. However, today, three years after the dream and despite her doubters, ‘Scarecrow’ was now afloat in the canal.

With a smile and a nip of rum Yvonne quietly celebrated her achievement. The reflection of Scarecrow in the water was a fine tribute to grandad. She knew he would be smiling too.

Of Interest to Our Readers

This is an extract from a longer article entitled “Our winter of discontent” originally printed in the January edition of Itinerant Times by their roving reporter Barmy Mayhem.

With private house rents at an all time exorbitant high, social housing woefully over subscribed and punitive laws against squatting and travelling; where exactly are the low waged and unwaged supposed to live? Its a crime against humanity that there are so many innocent folk freezing out there on the streets of this the fifth richest nation in the world. How can the people with holiday homes and multiple-house owners sleep at night?

Its not all doom and gloom though as some people’s spirit will not be completely crushed as proven by the number of folk taking to the canals and rivers of our wet and chilly Albion. Converting a small boat into a warm and comfortable mobile pad which can be moored anywhere along the hundreds of miles of waterways is proving to be a refuge for some of those folk priced out of this affluent society.

Credit must go to their ingenuity and resilience as it is not any easy life; no running water or electricity and everything has to be carried to the boat by hand. There is a nomadic history of people living on boats making a living by carrying or trading goods and handmade crafts and it is still a viable lifestyle with a strong sense of community. Some of the travellers have a saying that “you’ll only be happy when we’re all living in the sea” but with a boat you can live in the water!!